Phytophthora infestans is the pathogen that caused the Great Irish Potato Famine.  Today, over 170 described species of Phytophthora cause crop disease on a global scale, costing commercial crop industries billions of dollars.

The UK fruit industry and raspberry particularly has been decimated by Phytophthora root rot (PRR) with an 80% reduction in field production leading to a smaller pot based short term industry supported by extensive fruit imports. Methods to control infection and spread are limited by current legislation that limit the use of prophylactic fungicides and increase the importance of novel control methods based on host resistance, growing media and watering.

Phytophthora rubi and P. fragariae are PRRs which spread through plant propagation, growth media and water flow in plantations. Manipulating the physical, chemical and biological properties of the growth medium has the potential to play a key role in inhibiting PRR. Commercial plant growth substrates can be designed specifically to meet a crops individual needs with regards to nutrient requirement, water management and grower preferences. Manipulating the growing media's physical, chemical and biological properties can lead to a stronger healthier root and plant system, while also limiting and actively suppressing the growth and spread of harmful root pathogens, such as PRR. Specific additives have previously been incorporated into growing media to control and prevent other root pathogens and pests such as Vine Weevil, Fusarium spp. and Pythium spp.

A recent JHI study identified multiple responses triggered in a PRR resistant raspberry plant upon challenge with P. rubi, including a mechanism, which has the potential to improve a plants resistance to PRR. The growth medium can be improved by the manipulation of these plant-derived chemical signals that are normally induced upon pathogen challenge in resistant cultivars, to boost the immune capabilities of susceptible cultivars.

Using molecular methods such as gene expression, genetic markers and fluorescent pathogen cultures we can track disease development in the root-zone environment in different growing media substrate formulations. The innovative range of growth substrate additives developed in this project will stimulate raspberry root growth signal to improve the root system under a controlled irrigation regime and secondly actively inhibit the growth and spread of root pathogens. 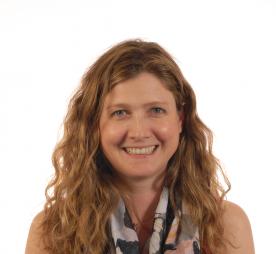 Eleanor’s current research focuses on examining the regulation points in phytohormone and light signalling in potato and soft fruit crops that influence plant immunity and which provide a battle ground for exploitation by pathogens or us.