Barley Genotyping and it's Use in Pedigree Analysis 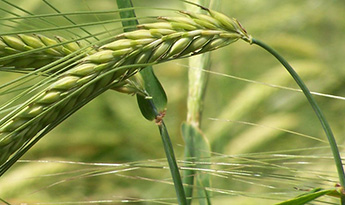 Technological advances over the last decade have revolutionised plant breeding, from selecting important phenotypic traits in the field, to selecting in the laboratory at the earliest stages of development using molecular gene-based markers.

The James Hutton Institute has been at the forefront of developing genetic markers for barley, providing the first molecular marker for low GN (a priority in the distillation process and industry) in 2005.  Since then Institute researchers have developed gene-based markers at different scales, ranging from dense genotyping chips to extensively characterise parents of populations, to single markers tagging specific traits in offspring. All of these are based on detecting differences between individuals at a specific point in the genetic code; known as single nucleotide polymorphisms (SNPs).

The design of SNP chips for germplasm characterisation has become commonplace for many important crop species, and the most recent development from James Hutton Institute scientists is the 44,000 SNP chip for barley (known as a 50K SNP chip) which allows researchers and breeders to examine variation at over 40,000 different genes, many of which control important phenotypes. The chip is an essential tool for accelerating traditional breeding methods, and uptake in the international barley breeding community has been rapid, with tens of thousands of assays ordered to date.

In order to efficiently use the information, colleagues from Hutton's Information and Computational Sciences section have also developed software tools that allow researchers and breeders to make sense of the massive amount of data produced. This includes visualisation and analysis tools to aid this process and to help users get as much from the data as possible. Tools such as Flapjack, a graphical genotype visualisation tool, and Helium, which can be used to visualise plant pedigrees (Figure 1 & 2). These software applications allow researchers to browse and explore their data in ways which are tailored to research and plant breeding applications and can be downloaded HERE. All James Hutton Institute software is free to use. 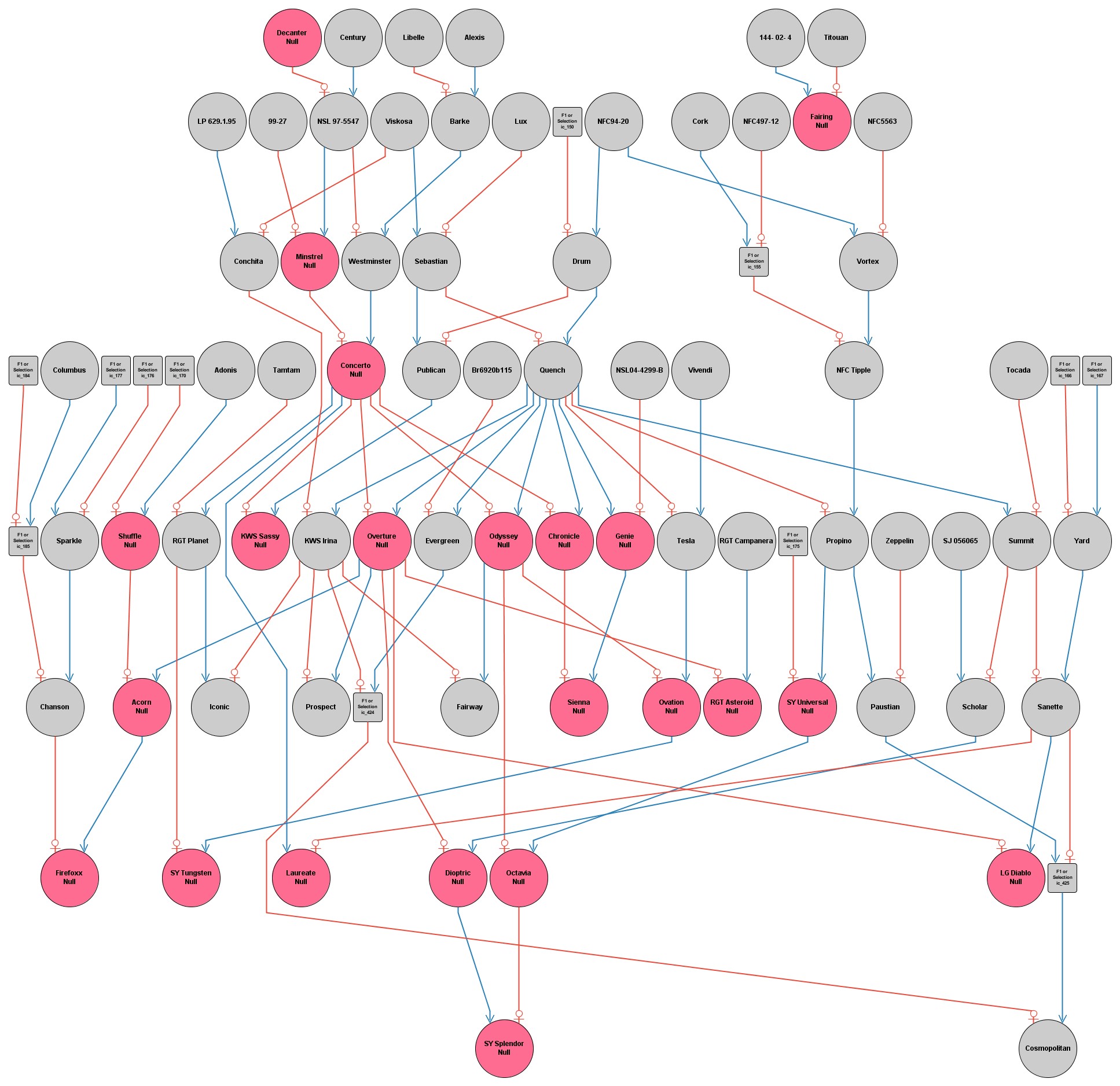 Example of the Helium pedigree visualization software that is developed at the James Hutton Institute. Circles represent elite barley cultivars from the 2020 Recommended List. Those coloured in red are non-GN producers, suitable for distilling. Lines between circles show parentage.

Graphical representation of SNPs from 50K SNP chip in the gene region around EPH. Each row represents a different barley cultivar (same as those shown in the Helium pedigree) and each SNP is represented in columns and annotated as bases (A,C,G,T). Barley cultivars are displayed in order from producers (blue arrow) to non-producers (red arrow).